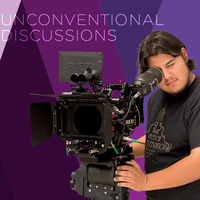 Come join us as we celebrate another year of student work with its 25th annual film celebration. Taking place at the new Film Production and Sound Technology Building on the college’s East Campus, students and the general public are invited to view student-created short film projects and a feature film. Continuing last year's success, attendees can participate in production workshops led by students and faculty.

“When the Smoke Fumes” Directed by Thomas Zelios

Lights, Camera, Slate :  Get equipped with the importance of the slate (often referred to as clapper) and have the opportunity to use it.

Getting Focused! : Learn what the term “pulling focus” means for the camera and get a chance to practice the art form.

Boom in the Shot: Hear how professionals capture good sound and learn how to operate a boom mic on set.