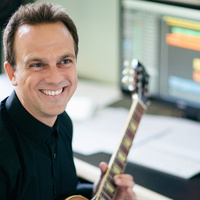 Composer Carlos Rafael Rivera, an Emmy-winning composer whose work includes the music for Netflix’s “Queen’s Gambit,” will present a webinar on composing for film and television on Feb. 23 at 7 p.m.

The webinar, titled “Composing for Media – Different Approaches to Understanding Story” will be a multimedia presentation of the process of composing from screenplay to release. The event, which will be online, is open to the public.

Rivera’s other work for film and television includes scores for Netflix’s “Godless” and the Universal Pictures’ film “Among the Tombstones.”

A protégé of Randy Newman, Rivera earned a doctorate in musical arts in composition at the University of Southern California, where he studied with Donald Crockett and Stephen Hartke.

As a guitarist, he has performed onstage as opening act for The Who at the Hollywood Bowl; recorded studio sessions for Island/Def Jam, and Universal Records; and had songs featured on Netflix’s “Firefly Lane,” ABC’s “Scrubs” and MTV and VH-1.

Currently an assistant professor and director of the media writing and production program at the Frost School of Music at the University of Miami, Rivera has also served as composer-in-residence for the Miami Symphony Orchestra.

To join the Zoom webinar, please go to https://valenciacollege.zoom.us/j/91738725339?pwd=TVUwbXB0Rjhtd2Y5b2JkTDVKaGtMQT09

Free and open to the public.