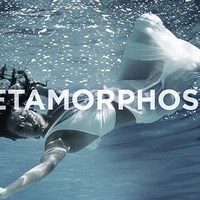 Metamorphoses juxtaposes the ancient and the contemporary though a series of vignettes based on mythology.  Mary Zimmerman's adaptation of the tales of Ovid captures the pure ecstasy and thrill of theater in a production set in the ultimate element of change - water.  Brilliantly stunning storytelling and dance encompass the world of Metamorphoses.

* A brief talk-back with the director and cast will be held after the performance on Friday, April 10th.

* The Saturday, April 11th performance will be sign-language interpreted.