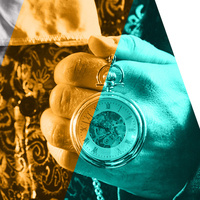 An original musical exploring the relationship between John Watson, Professor Moriarty, and the iconic 'Consulting Detective' Sherlock Holmes - all created through the genius of Sir Arthur Conan Doyle.

Please Note: Due to the intimate size of the Black Box Theater, late seating cannot be accommodated.  Please plan to arrive at least 20 minutes prior to show time.

* The performance on Sat., Jun. 16 will have an ASL interpreter.

More details: This play, which originated in Central Florida, made its Off Broadway New York Musical Festival debut in 2017, is making a special return engagement to Orlando with new material added to the show.

Described as “interesting, clever and faithful to the original source,” Mainstreet Musicals’ review said the production has “a lot of potential to be a great murder mystery musical.”

Sherlock Holmes fans will recognize characters and plot elements from several Conan Doyle stories, including “A Study in Scarlet,” “The Valley of Fear,” “The Three Garridebs” and “The Final Problem,” in “My Dear Watson.”

The Conan Doyle Estate has backed and supported the production. Richard Doyle, great nephew of the author and director of the estate, says, “The Conan Doyle Estate’s main aim is to have the voice of Sir Arthur Conan Doyle heard by modern audiences. I am sure my great uncle would have been delighted that his family… is supporting ‘My Dear Watson.’ “

Bartschi is a playwright, musical director, composer and music educator who lives in Longwood. She holds a bachelor’s degree in music and a master’s degree in liberal studies from Rollins College.  John DiDonna, who has directed the musical and played the role of Sherlock Holmes in Central Florida and on the New York stage, returns to the production as director, along with Pati McMahan Sayers, who served as the music director for the New York production; dialect coach Jason Blackwater, who played Moriarty in the Off Broadway production; and Liz Curtis, who is returning to the role of Mrs. Hudson.