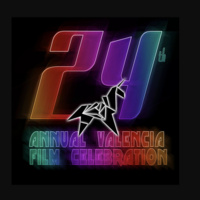 Synopsis: Fighting bad guys and lifting tires, four super-powered members of a Crossfit Gym work together to save the world from both destruction and cellulite. But when their gym welcomes in a beautiful yet mysterious reporter, the team must work together to find out if her intentions are truly genuine or terribly sinister.

Sins of My Son Directed by Connor Akers

Synopsis: After Thomas Miller's son, Trevor, commits a school shooting, Thomas struggles to pick up the pieces and understand what happened.

Synopsis: A girl finds herself in a compromising situation with hostile aggressors. She attempts escape.

Every Time it Rains Directed by Ana Maite Gil Vega

Synopsis: A victim of dissociative identity disorder may be looking at the ending of her marriage with a clock maker. How many different women can a man fall in love with?  With each new beginning, the fate of their relationship is tested.

Synopsis: Pete, a long-time drug addict, has suffered a violent attack and wants revenge and he turns to his childhood friend, Titus, for assistance. However, unresolved issues from their past cause emotions to flare and the situation goes from bad to deadly.

Synopsis: Bryan, a promising engineering student has to decide if he’s going to challenge his overbearing college professor who ultimately holds the key to his engineering future, or remain silent.

Synopsis/Summary: Katherine is a struggling mother trying to create a better life for her and her son. She meets Elder Brock, a handsome Mormon missionary with a troubled past and they begin an incendiary love affair. But when Katherine reunites with her estranged husband, Elder Brock can't accept that things are over - and he will stop at nothing to prove to her that they are meant to be together forever!