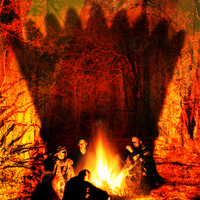 Anne Washburn's dark comedy premiered in 2012 and its off-Broadway run played at Playwrights' Horizon - after a global cataclysm, a group of performers retell the Simpson's episode "Cape Feare" in three different time periods moving into the future as it becomes a new American Myth.

This dark comedy propels us forward 75 years after an apocalyptic event and follows a group of survivors who attempt to piece together an episode of a popular TV show. Explore how pop culture evolves from one era to the next.

Due to the intimate space of the Black Box Theater, late seating cannot be accommodated.  We advise arriving 20 minutes prior to show time.

* * * SAVE $2 PER TICKET when you purchase online and use the Promo Code 'VALENCIAWEB.'  (No extra fees to buy online).